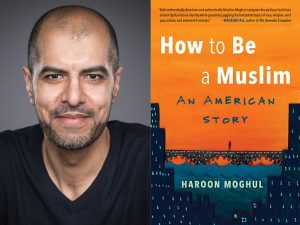 Author and activist Haroon Moghul is an articulate commentator and incisive critic. He first came on our show in 2010 to discuss Oklahoma’s so-called “Sharia ban.” This month, Haroon is releasing his memoir, titled How to Be a Muslim: An American Story, and he’ll be on the show to share his story with us.